Backstory of King of the Court 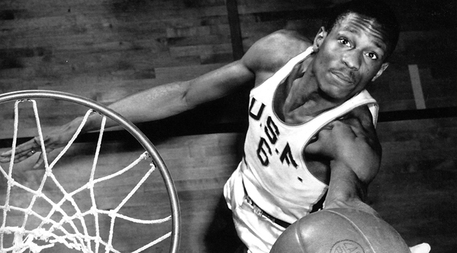 I grew up in a suburb of Boston during the 1980s, so I worshipped Larry Bird, Robert Parish, Kevin McHale and the rest during that incarnation of the Celtics dynasty.  At the time, the players from the 1960s seemed like these incredible warrior ghosts – you would see grainy clips of “Havlicek steals the ball,” and there was a stoic K.C. Jones coaching the team, and here was nasally Bob Cousy or bombastic Tom Heinsohn on the broadcast.  Eleven championships in thirteen years?  It seemed unfathomable.

Bill Russell kept his distance from Boston in the 1980s, for reasons that I did not then understand.  All I knew was that he was a great player.  Then I read Second Wind.  I vividly recall the first time I read his incredible memoir – I was drawn to it, but also confused, because it was nothing like a traditional sports book.  Only when I was older did I realize that was because Russell was nothing like a conventional jock. 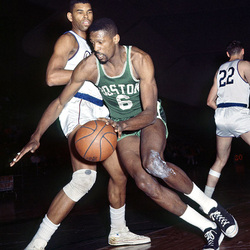 Fast forward a few decades.  When I was in graduate school, I wrote a number of essays and articles on various aspects of sport history, but I wrote my doctoral dissertation, which became my first book, on the actor Sidney Poitier.  Then I wrote a short book on the New England Hurricane of 1938.  I knew I wanted my next big project to be about sports, and what better subject than basketball?  It intersected with my interest in race and American history, and I had long thought of basketball as an underappreciated art form – something distinctly American, incorporating individual initiative and a larger collective purpose, with a massive dose of black culture.

I thought I had the perfect subject.  I was going to write about the rivalry between Bill Russell and Wilt Chamberlain during basketball’s rise to prominence in the 1960s.  I read everything I could find about basketball history and combed through newspapers in Boston, Philadelphia, Kansas, the Bay Area, Seattle, and Louisiana.  And then, in 2005, just as I had finished the overwhelming bulk of the research and was getting set to write the first chapter, a new book appeared: John Taylor’s The Rivalry: Bill Russell, Wilt Chamberlain, and the Golden Age of Basketball.  And it was good.  That was a kick in the groin. 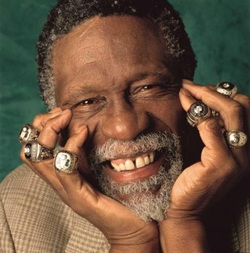 In time, I realized that John Taylor did me a favor.  He freed me from trying to write a dual biography on two complex figures with overwhelming influence on the sport.  I now focused on Russell for two reasons: there were a few good recent books on Chamberlain, and Russell was the more interesting person to me.  Writing a definitive biography of Russell – which meant a lot if Chamberlain stories, anyway – was more suited to my talents and taste.

l was to flesh out this vital pioneer and champion.  I tried to put his early years into historical context and to restore his college teams at the University of San Francisco to their central importance in basketball history.  I also used the idea of the “basketball revolution” to examine the sport’s evolving place in American culture: its transition from “bush league” to “big league,” Russell’s defiance of the historic role of the black athlete, and the larger social changes wrought by the civil rights movement.

Plus, it was fun to write about basketball!